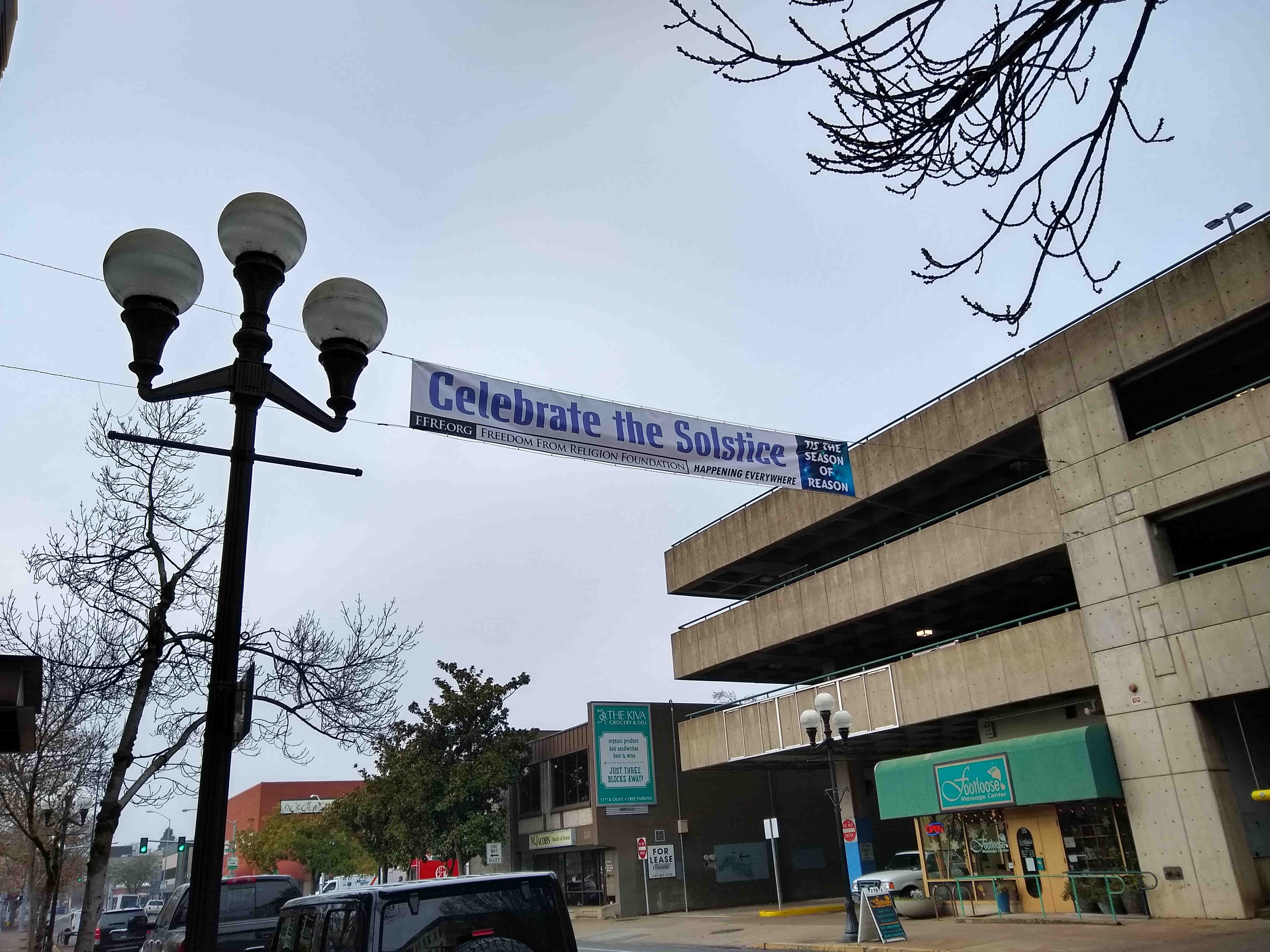 The Freedom From Religion Foundation has brought its seasonal Winter Solstice display to Eugene, Ore., this week for the first time.

A large banner spans 30 feet by 4 feet and stretches across 8th Street. The display contains the message:

“Celebrate the Solstice. TIS THE SEASON OF REASON.”

The Winter Solstice, occurring this year on Dec. 21, is the shortest, darkest day of the year, signaling the rebirth of the sun and the natural new year. It’s been celebrated for millennia with festivals of light, feasts, gift exchanges and the display of evergreens, which symbolize enduring life, and, FFRF maintains, is the true “reason for the season.”

A similarly large banner has been hung up in the area in previous years that features “Christmas” and “Jesus” in large letters. Beneath are two statements: “Attend a Church of Your Choice” and “Celebrate His Birth.”

FFRF has placed the secular message alongside devotional displays to emphasize that nonreligion must be given space alongside religion in public forums.

“People with no faith are an ever-expanding portion of the population and deserve equal representation in public spaces,” says FFRF Co-President Annie Laurie Gaylor.

FFRF thanks local FFRF member Charles Jones for his activism in getting this banner up.

The Freedom From Religion Foundation is a national nonprofit organization with 32,000 members and several chapters across the country, including over 900 members in Oregon and a chapter in Portland. FFRF’s purposes are to protect the constitutional principle of separation between church and state, and to educate the public on matters relating to nontheism.