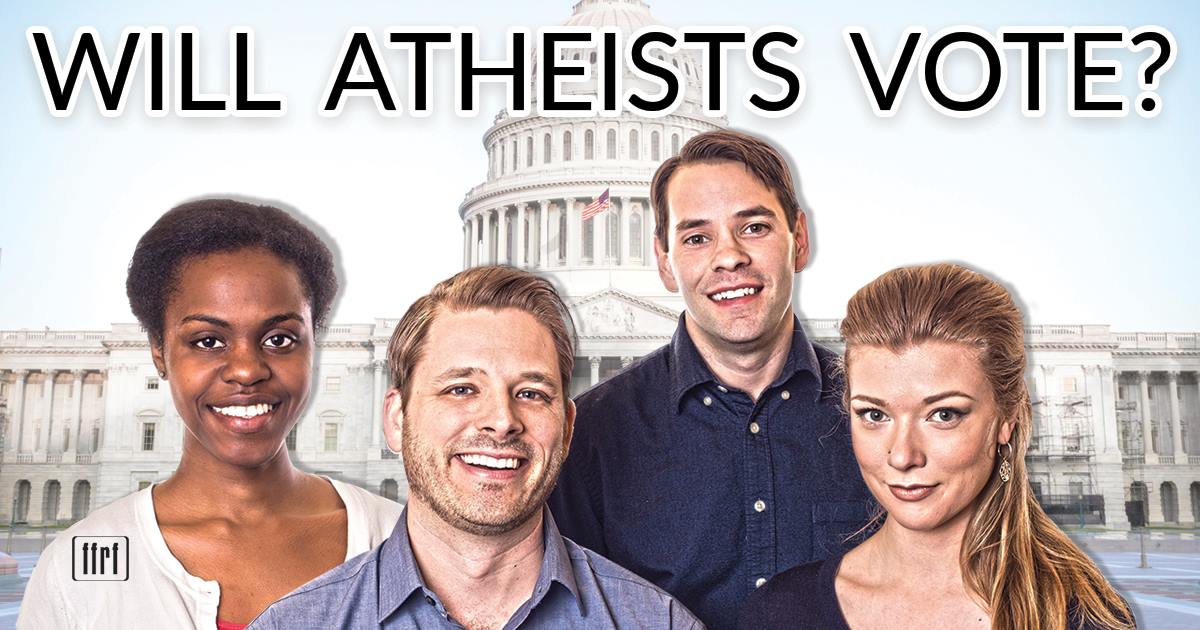 A new survey of 8,500 secular voters reveals a bloc of highly educated, frequent voters determined to counter the Religious Right’s hold over the U.S. government and who would strongly support nonreligious candidates.

The Freedom From Religion Foundation (FFRF) conducted the digital survey of registered U.S. voters in early October to help educate the public about secular voters in advance of the 2018 midterm elections.

“The Religious Right controls all three branches of government, but secular voters are fired up like never before and ready to vote,” says FFRF Co-President Annie Laurie Gaylor. “Our survey shows that politicians can tap into this potent force with the right message, and leave the religious pandering behind.”

According to Pew Research, one-quarter of Americans and one-third of Millennials are now nonreligious, but of the 535 members of Congress, only one -- California Rep. Jared Huffman -- is openly nonreligious.

When asked why so few atheists or other nonbelievers are serving, more than half of FFRF’s respondents cited widespread discrimination against atheists, and more than a third cited a belief that many atheists are secretly serving in government but too afraid to come out of the closet.

Respondents reacted positively to learning about the 10-member Congressional Freethought Caucus launched earlier this year. On a scale of 0 to 100, respondents averaged a 90 when asked how likely they would be to support candidates who openly identify as nonreligious.

Supportive of Science and Women's Rights:

When asked what is the most dangerous threat to the separation of church and state in America, the top response was President Trump’s Supreme Court nominees, followed by “Religious Freedom” bills advancing in state legislatures across the country.