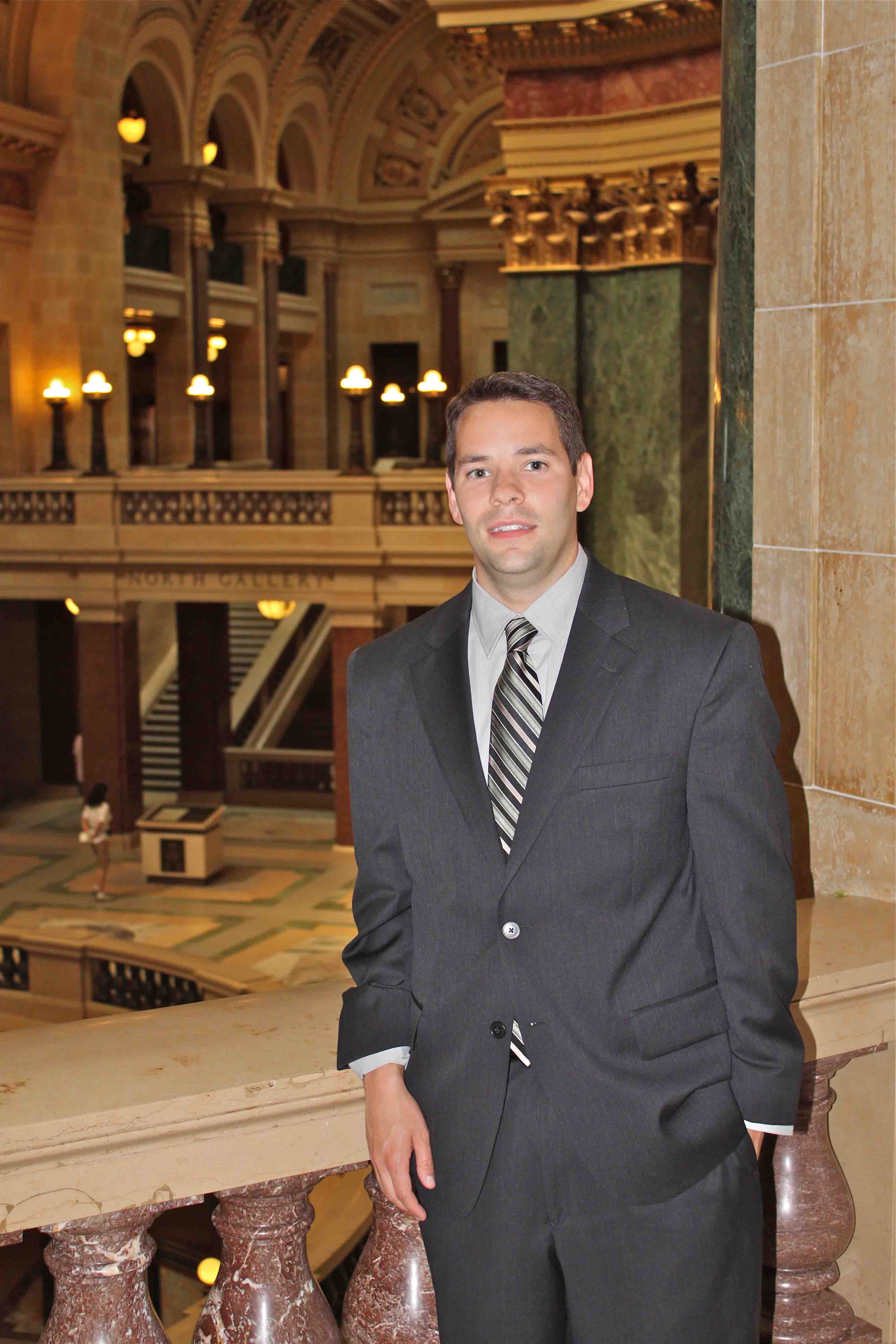 Wisconsin’s Religious Right lobby has introduced a dangerous bill, Assembly Joint Resolution 43 and Senate Joint Resolution 38, to amend Wisconsin's State Constitution. This bill, which is the brainchild of Wisconsin’s notorious Julaine Appling of the Wisconsin Family Action (affiliated with Focus on the Family), would tamper with Article 1, Section 18 of the Wisconsin Constitution, which protects freedom of conscience and offers more state/church protections than the First Amendment.

"The right of every person to worship Almighty God according to the dictates of conscience shall never be infringed; nor shall any person be compelled to attend, erect or support any place of worship, or to maintain any ministry, without consent; nor shall any control of, or interference with, the rights of conscience be permitted, or any preference be given by law to any religious establishments or modes of worship; nor shall any money be drawn from the treasury for the benefit of religious societies or religious or theological seminaries."

The proposed amendment would add this (tortured) language:

“The right of conscience, which includes the right to engage in activity or refrain from activity based on a sincerely held religious belief, shall not be burdened unless the state provides it has a compelling interest in infringing upon the specific action or refusal to act, and the burden is the least-restrictive alternative to the state’s action. A burden to the right of conscience includes indirect burdens, such as withholding benefits, assessing penalties, or exclusion from programs or access to facilities.”

The amendment, as the La Crosse Tribune put it, would add “a right to act — or refuse to act — based on religious conviction unless the government proves that the action would violate laws, rules or regulations that the state has a ‘compelling interest’ in enforcing.” The government would also be forced to prove it was using the “least restrictive” means.

Personal religious beliefs should not trump civil rights. This amendment bears the Orwellian title, “Religious Freedom Amendment,” but in reality it would allow any individual to claim an exemption from following any law or policy on the basis of a religious objection.

Below follows the compelling testimony of FFRF Staff Attorney Patrick Elliott yesterday against this amendment.

"My name is Patrick Elliott; I am here as an attorney and representative of the Freedom From Religion Foundation.

Joint Resolution 38, if enacted, poses substantial problems for the state of Wisconsin.

This change has no regard for how well our religious protections have functioned. The substance of Article 1, Section 18 has been unchanged for 165 years, since Wisconsin’s 1848 Constitution. It explicitly protects from interference with rights of conscience. To amend Section 18 permanently, particularly when the amendment is unquestionably vague, is an insult to the founding document of our state.

Supporters of this constitutional amendment claim that it only is restating current judicial opinions. This is not true. The wording in the amendment is expansive. It turns a shield into a sword. A protection is now something that can be wielded against others. The amendment includes any purported burden on conscience, not just substantial burdens. A person may allege any trivial burden and could violate the law as long as religion was used as a justification. It also covers indirect burdens, which reaches a wide gamut of lawful state actions. Each person would be a law unto themselves.

The consequences in changing Section 18 will be far reaching. The wording is so broad that any state enforcement, state statutes, and local ordinances would be impacted. Protections from discrimination in places of public accommodation, housing, and employment could be gutted. The expanse of the provision would reach Wisconsin schools, correctional institutions, and law enforcement, including prosecution for possession of illegal drugs.

All areas of public policy would be impacted, including a person’s right to obtain medications without obstruction. A pharmacist could claim he has no duty to refer to an alternative provider if the pharmacist objects to filling a doctor’s prescription. A student not wanting to take a biology exam would be exempted because of her creationist beliefs.

This amendment is a solution to a problem that does not exist. It changes our original 1848 establishment clause and free exercise protections. The amendment must be rejected."