There are 2 entries for this date: Ralph Vaughan Williams and Freethought Day 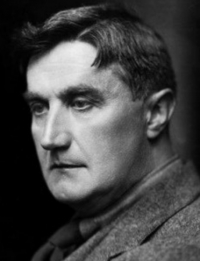 On this date in 1872, composer Ralph Vaughan Williams was born in Down Ampney, Gloucestershire, England. He was Charles Darwin’s great-nephew. He attended the Royal College of Music from 1890 to 1892 and earned a degree in music from Trinity College at Cambridge University in 1894 and a degree in history in 1895. He later studied music with accomplished composers Max Bruch and Maurice Ravel.

In her 1988 biography of her husband, Ursula Vaughan Williams wrote, “He was an atheist during his later years at Charterhouse and at Cambridge, though he later drifted into a cheerful agnosticism: he was never a professing Christian.” D. 1958.

“There is no reason why an atheist could not write a good Mass.” 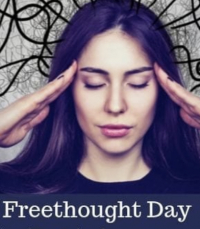 Organizers of Freethought Day chose Oct. 12 to observe it annually because that was the date of a 1692 letter in which William Phips, governor of the province of Massachusetts Bay, told the British Privy Council that due to "spectral evidence," the Salem witch trials were devolving into a quagmire. That "evidence" involved accusers claiming to see devils and other phantasms consorting with the accused. Eight persons had been executed in the previous month.

The Rev. Increase Mather, Cotton Mather's father, also opposed "spectral evidence" in his book "Cases of Conscience" (1693): "It were better that ten suspected witches should escape, than that one Innocent Person should be Condemned." Though the trials continued into May 1693 and such evidence was allowed, it was largely discounted and those convicted were pardoned by Phips. Of the 20 executions during the trials, 15 were women. All but one were executed by hanging and no one was burned at the stake. Several others died during incarceration.