There are 3 entries for this date: Jack Kevorkian , Matt Stone and Sanal Edamaraku 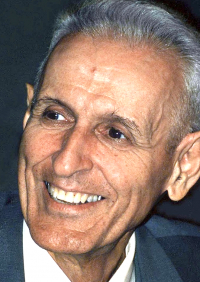 On this date in 1928, Murad Kevorkian, later known as Jack, was born to Armenian immigrants in Pontiac, Mich. "My parents never foisted religion on me. My father never was religious much. My mother was — the old country religion. But not fanatic. But I never believed in God. I never believed in Santa Claus." (Interview with Neil Cavuto on Fox News, Sept. 2, 2009.)

He earned his M.D. from the University of Michigan in 1952 and later specialized in pathology. He wrote a series of articles in the 1980s for the German journal Medicine and Law, detailing his reasoning on the ethics of euthanasia. His first known assisted suicide occurred in 1990, and the state of Michigan revoked his medical license a year later as a result. Believing that the right to die was not a crime, Kevorkian assisted in the pain-free suicides of more than 130 people with terminal illnesses.

He spent eight years in prison (out of a 10- to 25-year sentence) after being convicted of second-degree murder for one of these suicides. He was released on parole in 2007, on the condition he would not help anyone else commit suicide.

Kevorkian maintained that his harshest critics were "religious fanatics or nuts." ("Kevorkian Speaks After His Release From Prison," N.Y. Times, June 4, 2007.) In his keynote address at the 1990 Freedom From Religion Foundation annual convention, Kevorkian said, "Religion is telling law what to do, and law is telling doctors what to do. Religion dictates to law, and law dictates to ethics. No wonder we have problems. That's insanity!"

He described the history of euthanasia and abortion as standard procedures in the secular medical world until Christianity injected its influence on the profession several centuries later. He described this shift as "the origin of all the crises we're having." In an interview on FOX News, when asked how he wanted to be remembered, Kevorkian responded: "Doesn't matter. Doesn't matter at all. When I'm dead, nothing matters." (Sept. 2, 2009)

Kevorkian at the National Press Club in 1996; Kingkong photo under CC 2.0.

"If a doctor has a certain philosophic principle, religion or otherwise, that limits what he or she can do or say for the benefit of the patient, then he's not a full doctor. ... A real doctor could divorce professional life from spiritual life." 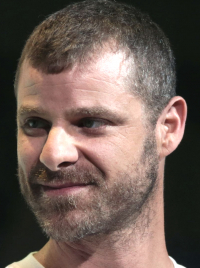 On this date in 1971, Matthew Richard Stone was born in Houston, Texas. Stone was raised in the Denver area before moving to Littleton, Colo., where he graduated from high school. Stone attended the University of Colorado at Boulder, where he earned a degree in mathematics and studied film. While in film school at Boulder, he met Trey Parker, his longtime collaborator.

This short led to a deal with Comedy Central in 1997 to make “South Park,” an animated show starring four third-graders: Kyle, Stan, Cartman and Kenny (characters first explored in the short), which is frequently satirical and often employs crude humor. Stone and Parker do most of the male characters' voices themselves. The show is set in the fictional town of South Park, Colorado.

Parker and Stone made a movie in 1999 titled "South Park: Bigger, Longer and Uncut." A song from the movie, “Blame Canada,” was nominated for an Oscar for Best Original Song. "South Park" has been nominated for several Emmys and has received five, as of 2019 (its 23rd season).

Through "South Park" and other projects, Stone and Parker have frequently satirized religion. The 2005 “Trapped in the Closet” episode (link is U.S. only) satirizes Scientology and reveals some of its secret beliefs. A more frequent subject for their humor is Mormonism. Stone and Parker both grew up in Colorado, where they knew a lot of Mormons, and have often stated in interviews that they have largely positive feelings about Mormonism.

That did not stop them from poking holes in the story of Joseph Smith's founding of it in the 2003 “All About Mormons” episode in which a Mormon family comes to town. The new kid Gary confronts the main characters at the end of the episode, saying, “Maybe us Mormons do believe in crazy stories that make absolutely no sense, and maybe Joseph Smith did make it all up. But I have a great life and a great family, and I have the Book of Mormon to thank for that.”

In 2011 the musical "The Book of Mormon," created by Stone and Parker in collaboration with composer and lyricist Robert Lopez, opened on Broadway. It tells the irreverent story of two missionaries in Uganda and was nominated for 14 Tony Awards. It won nine, including Best Musical, Best Original Score and Best Book of a Musical.

“We’re essentially atheists. I mean, I am; Trey I don't want to speak for. But coming from that point of view, we’re atheists who don’t hate religion, who are kind of fascinated by it and kind of admire it. [We thought] 'What would that look like? What would an atheist love letter to religion look like?' ” 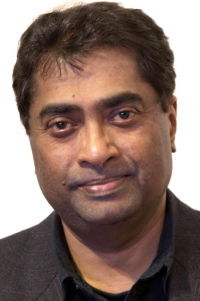 On this date in 1955, secular activist and author Sanal Edamaruku was born in Thodupuzha, India, to freethinking parents who were raised as Hindu and Christian before embracing nonbelief. In 1960 they filled out Sanal's school admission form with "no religion" and "no caste," making him the first-ever officially registered nonbeliever in India. He earned a master's in political science in 1977 from the University of Kerala and an M.Phil. in 1980 from Jawaharlal Nehru University.

Edamaruku became active in the Indian Rationalist Association as a teen and served as general secretary starting in 1983 and succeeding his father, Joseph Edamaraku, as its president in 2005. He edited its publication Modern Freethinker and wrote numerous articles and several books dealing with rational thought and debunking paranormal claims. He founded Rationalist International in 1995 and serves as its president. Dubbed by some as the "Indian James Randi," Edamaruku publicly criticized frauds perpetrated by Christians and Hindus and so-called Indian godmen.

In 1994-95 he and his team traveled through hundreds of Indian villages and cities, explaining how "miracle-mongers ... exploit the ignorance of common people about certain natural phenomena to fool the gullible and win their unquestioning devotion." A British TV crew documented the campaign in the film "Guru Busters."  In 2012 he investigated the "miracle" of a crucifix at a Mumbai Catholic church dripping "holy" water. He and an engineer colleague traced it to an overflowing drain connected to a toilet pipe — not a miracle, just bad plumbing.

Catholic groups filed blasphemy complaints that led to Edamaruku leaving India for Finland later in the year to avoid possible imprisonment and death threats. He left behind his daughter and a grandchild. In 2013 a rationalist colleague was murdered, which definitely precluded Edamaruku's return.

Randi and Richard Dawkins have called Edamaruku a rationalist hero. He's a fellow of the U.S. Committee for Skeptical Inquiry and an honorary associate of the Rationalist Association of the UK. He's appeared in The New York Times, Newsweek, Time, Asia Week, The Guardian and the Washington Post and on TV channels like Discovery, BBC and CNN. Hear his interview here with FFRF's Freethought Radio, starting at 25:00 (June 13, 2019).

Edamaraku in Helsinki in 2013. Public domain photo by Robert Brotherus.

"Rationalists do an important job in a society such as ours by liberating millions from irrational fears. They are helping build a modern, civilized, responsible India.They are aiming to create a society where people can rise above religion, caste and gender and become more humane."