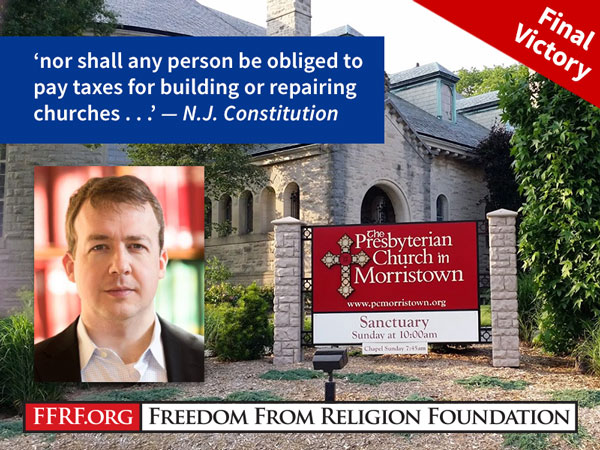 The lawsuit was handled by attorney Paul S. Grosswald. FFRF Director of Strategic Response Andrew L. Seidel and Staff Attorney Ryan Jayne served as co-counsel. FFRF v. Morris County Board of Chosen Freeholders, Case No. C-12089-15 was in the Chancery division of Somerset County in New Jersey state court. The judge assigned to the case was Margaret Goodzeit.