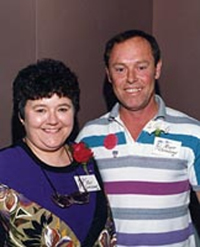 Roger Cleveland and the Alabama Freethought Association, a Foundation chapter, sued to remove crosses and preference for Christian use at Alabama state parks in 1992. In 1993, the Alabama State Parks agreed to take down crosses, to stop using the term "chapel" on buildings and state maps, and to give groups "first come-first serve" rights to use public facilities, instead of reserving buildings for religious groups every Sunday morning.

In 1995, the Alabama chapter and members were plaintiffs in the original ACLU case against Judge Roy Moore, filed when he was a county judge inflicting prayers on juries and erecting a Ten Commandments plaque in his courtroom. The plaintiffs won at the federal level in November 1996, with Moore ordered to stop the prayers. The case was thrown out on a technicality in 1998, after interference by the governor complicated the lawsuit.