About the Freedom from Religion Foundation

The history of Western civilization shows us that most social and moral progress has been brought about by persons free from religion. In modern times the first to speak out for prison reform, for humane treatment of the mentally ill, for abolition of capital punishment, for women's right to vote, for death with dignity for the terminally ill, and for the right to choose contraception, sterilization and abortion have been freethinkers, just as they were the first to call for an end to slavery. The Foundation works as an umbrella for those who are free from religion and are committed to the cherished principle of separation of state and church. 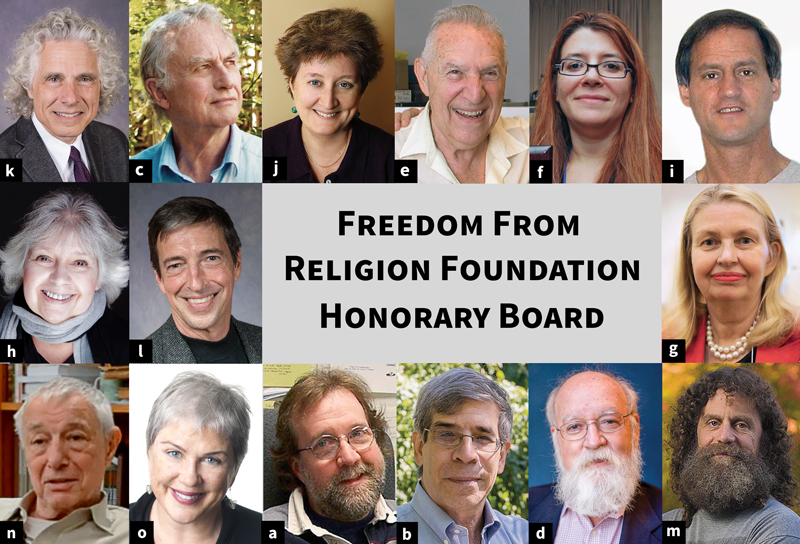 FFRF works as an umbrella for those who are free from religion and are committed to the cherished principle of separation of state and church.

National offices of the Freedom From Religion Foundation >>

Get acquainted with our staff and board members >>